Understanding the Continuation of Consciousness After Death

Many people have asked why we call ourselves the "original" afterlife conference.  Here's a bit of our story...

The Afterlife Education Foundation was launched by Terri Daniel in 2010 because at the time, the survival of consciousness beyond physical death wasn't adequately represented in traditional forums such as scientific or bereavement conferences. Motivated by a desire to share that knowledge, the first conference was produced in 2011 with the help of several spiritual teachers and afterlife researchers who were our original founding members.

When we started out, we were the only afterlife conference on the scene. Now there are several, and we applaud their contributions to this important work. Over the years, in order to continue reaching wider audiences, we've evolved our content to include a larger spectrum of topics and interests, including multi-cultural death traditions, ceremonial work, religious scholarship, clinical practice and the intersection of spirituality and psychology.

President and Founder, Dr. Terri Daniel - Terri is a clinical chaplain, certified trauma professional and end-of-life educator certified in death, dying and bereavement by the Association of Death Education and Counseling.  Terri conducts workshops throughout the U.S. to help the dying and the bereaved find healing through meditative, ceremonial and therapeutic processes that focus on inner transformation rather than external events. Her work is acclaimed by physicians, hospice workers, grief counselors and clergy for its pinpoint clarity on the process of dying and grieving, and its heartfelt depiction of consciousness beyond the physical body.

Philosopher-in-Residence, Dr. Raymond Moody In 1975, Dr. Moody's best-selling book Life After Life focused public attention on the near-death experience like never before, and he is known for coining the term "near-death experience." Dr. Moody is internationally-acclaimed for his groundbreaking research.

Medical Advisor, Dr. Karen Wyatt  is a family physician who's spent 25-years working with patients in challenging settings such as hospices, nursing homes and indigent clinics. She is the author of What Really Matters: 7 Lessons for Living from the Stories of the Dying. She is the official end-of-life advisor for the Afterlife Conference.

Grief Counselor in-residence, Sonya Lott PhD - Sonya joined us in 2019 and brings wisdom, experience and expertise to our conference programs. She specializes in identifying and treating complicated grief, and has 30 years of clinical and academic expertise in death, dying, bereavement and spiritual transformation. 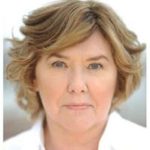 Medium-in-Residence, Suzane Northrop bridges the gap between the world of the living and the spiritual world as one of the leading mediums on the world stage today. She mentored noted medium John Edward in his early career, and has helped thousands connect with the other side.

Shamanic Studies Advisor, Linda Fitch is a practicing shaman who has studied with the Inka medicine men and women of Peru for nearly two decades. As former CEO of the Four Winds Society and dean of its Light Body School, Linda has trained thousands in shamanic healing techniques.

Administrative Director, Carol Yurick  is the co-founder of the Golden Light Wellness Center in PA, where she is the lead Reiki Master/Teacher. She is one of our master conference organizers, and also serves as our volunteer coordinator.

Founding member, Sandy Goodman is the author of Love Never Dies: A Mother's Journey from Loss to Love. She contributes to John Edward's Infinite Quest website  and works with bereaved parents to help them understand that death is only a shift in consciousness.

To learn more about the continuation of consciousness after death, join our community...

The information shared in our conference presentations is for educational purposes only.
We base this material on the personal experiences and research of the presenters.
The conference is not intended to serve as a substitute for grief counseling or any other form of therapy.