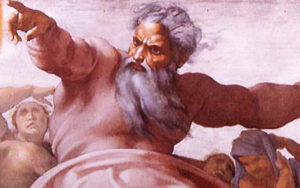 In October 2015 a television news crew covered the story of a ten year-old boy named Kyler Bradley who was diagnosed with inoperable brain cancer. The crew filmed Kyler in his classroom surrounded by his friends, while the teacher instructed the children to “pray for a miracle.” The reporter said: “Kyler believes in miracles. So do his classmates. Their teacher planted that idea when she told 30 ten year-olds about Kyler’s cancer.”

One of the children was quoted as saying, “If everybody prays for him, God will listen.”

Kyler died six months later, and when I shared this story with the educators and counselors in my professional network, there was heated discussion about the teacher’s decision to use prayer as a coping strategy for her students. We wondered how the parents of those children dealt with the inevitable question, “Why didn’t God listen?”

Events like this create fertile ground for conflict between religious belief and reality. Not only did those children have to grieve the loss of their friend, they were also prompted by the teacher’s insistence on prayer to grapple with complex theological questions.

In a similar scenario, while facilitating a grief group for adolescents, I overheard this conversation between two boys who had recently lost their fathers:

Matthew: I don’t understand how anybody could go to Heaven. There are too many rules. My dad didn’t believe in God. Does that mean he didn’t go to Heaven?

Justin: Well, God forgives everybody, right? So everybody goes to Heaven.

Another boy in the same group, Taylor, told the story of his mother taking her own life. He’d heard that suicide was a sin, and worried about where she would spend eternity.

One of my seminary professors, Dr. Daniel Schipani, reminds us that many of the toxic religious beliefs we recognize today are rooted in the Abrahamic faith traditions. He identifies some of the key features of those beliefs as follows:
.     They include forms of emotional, spiritual, moral and sometimes physical or sexual violence and power abuse.
.     They compromise emotional/mental health, and are connected to mental/emotional dysfunction.
.     They exist on a spectrum of intensity ranging from unhealthy to harmful to lethal.

Although the examples of the children given above do not constitute abuse or necessarily lead to mental dysfunction, they could certainly characterize the unhealthy end of Schipani’s spectrum, depending on how the children’s questions were answered by their families, churches or communities. If Matthew’s evangelical grandmother insisted that his father didn’t go to heaven because he wasn’t saved, or if someone told Taylor that his mother went to hell for suicide, the seeds of toxic theology would be firmly planted.

Fr. Matthew Fox spent 34 years in the Catholic Dominican order before being expelled for questioning the doctrine of original sin. Today he is a leading voice in a movement for making Christianity more progressive, more inclusive and more relevant to contemporary life. Fox suggests that we replace the idea of original sin with a more life-affirming, less-threatening concept called original blessing. He poses a profound question…  how is religion to be an agent of transformation if religion itself is not transformed?

Religious traditions can be toxic when  they place allegiance to beliefs and doctrines above personal spiritual experience. Many of today’s theologians are questioning those beliefs and doctrines, and their responses seem to point to two distinct schools of thought. On one side, traditional Christians struggle to make sense of doctrines, while on the other, doctrines are rejected entirely to make room for a new form of Christianity.

Square Pegs in Round Holes:  Trying to Make Sense of Toxic Doctrines

In his book Love, Violence and The Cross, Dr. Gregory Love critiques the doctrine of substitutionary atonement while at the same time lamenting its loss from contemporary Christianity. He states, “Today the Christian church is losing this center, and with it, the good news that the end of divine-human estrangement… has been accomplished in the work of Jesus.”

He identifies this work as the “central Christian assertion,”  but also points out its many flaws, including how the theory of substitutionary atonement justifies abuse and violence by glorifying the suffering of the innocent. He grapples mightily with this doctrine in a precarious balancing act in which he attempts to remain faithful to the teachings of the church while questioning the validity of its central assertion.

Pastor and media darling Rob Bell also takes aim at major teachings, in particular, the notion of eternal damnation in hell and the image of God as a cruel punisher. In his book Love Wins, he points out that the concept of hell in the afterlife isn’t biblical, and also says that the image of God as a violent taskmaster is “psychologically crushing.”  But despite his willingness to deconstruct these beliefs, he still maintains that Jesus is the only path to God. He tells us that because Jesus is one with God, we can be one with God too, by going through Jesus as a conduit. In Bell’s words, this will allow God to “rescue us from death, sin and destruction.”

Although they both attempt to offer a critical analysis, Bell and Love end up bringing us right back to where we started… a theology that characterizes humanity as innately flawed and in need of rescue. Dr. Love validates this view when he says, “God could quite justly have abandoned us to our fate. He could have left us alone to reap the fruit of our wrongdoing and to perish in our sins. It is what we deserved . But he did not. Because he loved us, he came after us in Christ. He pursued us even to the desolate anguish of the cross , where he bore our sin, guilt, judgment and death.”

Bell and Love are both passionate about the dangers of doctrines like eternal damnation and substitutionary atonement, but they are still referring to a humanized image of God as a father figure who acts as either a  loving rescuer or a cruel judge.  This is not an image that supports progressive theology.

Trying to match doctrine and dogma with lived human experience is like trying to put a square peg into a round hole. The square peg is a belief in divine reward and punishment. The round hole is the way life actually works. By the time most of us are young adults we have observed that the good are not necessarily rewarded and the bad are not necessarily punished. Real human experience proves that it just doesn’t work that way. So the only way the emerging church could sell the idea of divine reward or punishment was to locate it in the afterlife, where it could not be verified or validated.

The Other Side of the Coin: Rejecting Toxic Doctrines

Matthew Fox describes our current understanding of Christianity as “a religious tradition that begins with sin and centers almost exclusively around redemption from sin.” A good deal of this tradition can be attributed to Jonathan Edwards’ notorious 18th century sermon, Sinners in the Hands of an Angry God, which depicts humanity as abhorred by God, dangling over glowing flames in the pit of hell, and “worthy of nothing more than to be cast to the fire.”

Fox proposes a more positive understanding of sin by defining it as any action that causes harm to creation and disrupts harmony. He offers a reasonable alternative to the idea of salvation; instead of striving for an unattainable perfection and dividing the world into saved vs. unsaved, we can rise to the understanding that all experience is holy, and we can see God’s presence as much in suffering as we can in joy. We can learn to view ourselves as part of an original blessing rather than an original sin.

The blessing is our ability to learn and grow… our free will, our expanding awareness, our curiosity about the meaning of our existence, and our eagerness to embark on a spiritual quest (the very things Adam and Eve were punished for).  Imagine how different our spiritual lives might be if we saw Adam and Eve’s burgeoning self-awareness as a step in the evolution of human consciousness rather than an error or an act of disobedience.

Instead of wrestling endlessly with doctrines and notions that are difficult to understand and even more difficult to apply to daily living, why not start by rejecting those notions entirely? Episcopal bishop John Shelby Spong does not hesitate to insist that “The idea of Jesus dying for your sins has to go.” He explains that seeing Jesus as a rescuer is a form of magical thinking that allows the church to  make guilt a necessary step toward conversion. Spong  suggests that moving theism aside would free us to explore spirituality in new ways, perhaps by learning to think of God as a “what” instead of a “who.” That statement always reminds me of a conversation I had with a grief counseling client who struggled with her Christian faith after the death of her young child. She wondered why her loving Father in Heaven would allow such a terrible thing to happen. When I suggested that it might help to think of God as an “it” rather than a “who,” she was enraged, and told me that God would punish me for calling him an “it.”

Perhaps the problem is simply about semantics. If we remove original sin from the equation, a  Christian’s definition of salvation might be similar to a Buddhist’s definition of transcendence. Either way, the goal  is to elevate our understanding of what we are and our relationship to the unseen cosmic forces around us. The need for salvation implies that something’s wrong; that we are not where we should be, and we need to be rescued. The common Christian understanding is that we are in this condition because of original sin. If we remove original sin from the mix when trying to understand what salvation actually means, we are left with the awareness that “sin” may simply refer to our sense of separation from the divine, and as such, it is something we can heal from within.

Spong reminds us that Buddhists do not attribute their experience of transcendence  to a supernatural deity. It is understood that the state of transcendence is natural for humanity because of our innate divinity, and there is no need for the intercession of a third-party or an anthropomorphized God. Spong cites these words from his personal teacher Paul Tillich: “We must abandon the external height images in which the theistic God has historically been perceived, and replace them with internal depth images of a deity who is not apart from us, but who is the very core and ground of all that is.”

This article appears in the 6/9/18 issue of the Progressive Christianity.org newsletter, an influential organization  founded by Bishop John Shelby Spong to further a more inclusive form of Christianity.

Bell, Rob. Love Wins: A Book About Heaven, Hell, and the Fate of Every Person Who Ever Lived. Reprint edition. New York: HarperOne, 2012.

Love, Gregory Anderson. Love, Violence, and the Cross: How the Nonviolent God Saves Us through the Cross of Christ. Cascade Books, an imprint of Wipf and Stock Publishers, 2010.

Schipani, Daniel. “The Way, the Truth, and the Life”?: Understanding Healthy & Harmful Spirituality” (Power Point Presentation presented at the Faith and Caregiving Across the Lifespan, San Francisco Theological Seminary, July 13, 2017.