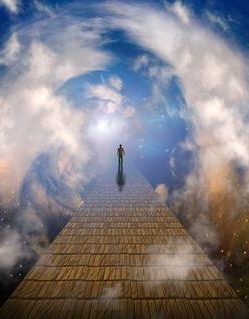 Here you will find past issues of our monthly newsletter
dating back to November 2014.

Our newsletter continues to serve as a one-stop source
for up-to-date news, articles and research on the spiritual quest
from the perspective of death, grief and beyond.

Browse our archives, below...

SUBSCRIBE HERE TO STAY INFORMED ABOUT OUR CONFERENCE AND RELATED EVENTS

September 2021 - Can Religion Give you PTSD? /  Spiritual Bypassing

July 2020 - Why Did You Bring Me Back? / What Flowers Teach Us About Death

December 2019 - What People See and Say When They're Dying

November 2019 - If it's Not Evidential, it's not Mediumship/Meet John Pavlovitz

October 2019 - Short videos about dying/Should Catholics talk to the dead?

September 2019 - About Religion/Death Education in Schools

May 2019- Scientific testing of mediumship/NPR explores the afterlife

March 2019 - Talking to ancestors while dying/Birth, death and the journey of the soul

September 2018 -  Mediumship and Bereavement/ Life & Death on the Roulette Wheel

July 2018 - Another side of suicide/Toxic theology

December 2017 - Grief and the holidays, grief and mass shootings

January 2017 - Spiritual But Not Religious, Is Mediumship Real?

August 2015 - The Terrible Texts of the Bible/ Loss, Trauma and the Expansion of ConsciousnessJune 2015  - Grief and Mediumship/Animals in the Afterlife/Grief as a Mystical Journey  April 2015 - Easter and Passover Scholarship/Inducted After-Death CommunicationMarch 2015 - Spring Equinox Rituals/Shamanic Work in the Afterlife/The Power of Prayer February 2015 - What is Romance/Many Mansions/The Power of LoveJanuary 2015 -  Out-of-Body Journeying/Movies for Starting and End-of-Life ConversationDecember 2014 - What is real mediumship/A Shaman's View of Life Beyond the BodyNovember 2014 - Aya Despacho; a Prayer Package for the Dead/The Collective Inheritance of Grief

Stay informed about information on the afterlife. Join our community...